The field of veterinary medicine is constantly evolving. Yet, the image it evokes remains static: white-coated doctors wielding stethoscopes and treating pets at the local clinic. This association, while it represents crucial parts to the whole, is a drastic minimization of the professional range found within the animal health world. According to the American Veterinary Medical Association (AVMA), companion animal vets at private clinics account for around 60% of the field. In the remaining 40%, veterinary medicine contains unexpected roles and applications that, through shaping animal health, actively mold the world around us—the environment, the economy, and human health.

A journey through the genes

“I never thought that I’d be doing research,” says Elaine Norton, DVM, MS, PhD student in the University of Minnesota’s Comparative and Molecular Biosciences program. While practicing large animal internal medicine, however, Norton ran into unanswerable questions. Frustrated by these unknowns, she focused her master’s degree on genetics. Norton now works at the University of Minnesota College of Veterinary Medicine's (CVM) Equine Genetics and Genomics Laboratory, where she studies equine metabolic syndrome, a devastating disease similar to human type 2 diabetes.

“Gene hunters” like Norton analyze DNA to determine whether parts of a disease are environmental or genetic. Their findings help identify high-risk individuals. “We can make environmental changes,” explains Norton, “and manage them appropriately before they start to have clinical signs.”

Despite its thrilling nickname, gene hunting is an exercise in patience. Moving from a research proposal to an actionable plan takes time. Tackling acquired data is its own challenge. When handling complex diseases, researchers must sift through hundreds of potential gene variations. Parsing out a single gene from this sea of big data can be a major step in unlocking the cause of a disease.

Research and training grants have been crucial in fueling these discoveries. The USDA and Morris Animal Foundation fund Norton’s sampling trips and genotyping. The National Institutes of Health T32, offered through the U, supported her salary and covered tuition costs for three years. Fellowships like the EQUUS Foundation Research Fellowship offer additional financial support.

Research into the animal genome is uniquely translational, carrying implications beyond veterinary medicine. Norton and her colleagues, for instance, have discovered that shortness and insulin resistance in ponies are both caused by one gene—the same gene that controls height in humans. “So it brings everything back together,” says Norton, “where, yes, we’re doing something with horses, but there’s also this other benefit that you can see—this larger goal that our research can potentially help human patients.”

Oceans make up 90 percent of all habitable space on Earth. These abundant marine ecosystems are crucial to global health, and threats like pollution and commercial overexploitation render aquatic medicine increasingly important. In particular, the field has a pressing need for passionate veterinary professionals. “When it comes to fish, for whatever reason, veterinarians kind of panic,” says aquatics expert Jessica Fox, ’15 DVM.

Beyond companion animal care, aquatic medicine extends to improving the global food supply. Says Fox, “Initiatives to create self-sustaining aquaculture are more relevant than ever.” And the industry is booming. “It is the fastest-growing animal production system in the world right now,” says Alex Primus, ’13 DVM, PhD.

Primus, an assistant professor in the CVM’s Department of Veterinary Population Medicine, studies infectious disease management in aquatics. Organizer of the 2018 UMN Aquaponics Symposium, Primus emphasizes the importance of fish health in aquaponic systems. He says veterinarians will play a prime role in developing the tools needed to achieve maximum aquacultural sustainability.

Minnesota is not yet a key aquaculture producer—harsh winters and lack of ocean access pose local industry challenges. “It just hasn’t been a major focus here,” says Primus. But the future is promising. Recirculating aquaculture systems, which don’t require ocean views or balmy winters, are a growing trend. As the industry’s technology advances, aquatic veterinarians will be key players in helping Minnesota impact aquaculture on a scale more befitting the Land of 10,000 Lakes.

A chance to learn

For a cat standing chest-deep in water, Nick doesn’t seem too perturbed. Kim Colvard, CVT, CCRP, carefully guides his legs along an underwater treadmill. Colvard is a specialist in the Small Animal Rehab department at the CVM’s Lewis Small Animal Hospital. In her decade of experience there, she describes Nick’s case as “particularly unique.”

Rehab is rarely considered a viable option for small animals. Felines, especially, are often overlooked as candidates. But small animal rehabilitators like Colvard are working to change this.

In May, Nick arrived at the Lewis Small Animal Hospital for a much needed hernia repair. While the surgery went well, Nick’s lungs did not respond in the way they should have, depriving his brain of oxygen for a period of time. The procedure saved his life, but this left Nick severely crippled. Nick’s surgeon recommended him to Colvard and her team. Colvard decided to use teaching funds to cover the cost of the cat’s care and give students the opportunity to learn more about a rare case like Nick’s.

“He came in blind, deaf, and entirely unable to walk,” says Channing Bancroft, a fourth year DVM student, who completed a rehab rotation in May. Bancroft fostered Nick during his treatment, providing at-home care between sessions.

Colvard’s team developed specialized exercises based on Nick’s progress. Though his feline independence tested their problem-solving skills, Colvard says flexibility is key for any rehab case: “It’s all about thinking on your toes.” Her team often leveraged Nick’s natural curiosity to keep him engaged, transforming humdrum obstacle courses into intriguing tunnels.

After 10 days of treatment, Nick was walking independently. “It was really one of the most amazing opportunities that I’ve had in my veterinary career so far,” says Bancroft. “I don’t know of any other veterinary clinic out there who is doing this kind of rehabilitation on cats.” Today, Nick navigates his environment with confidence.

Nick’s case highlights the powerful yet underutilized potential of feline rehabilitation, as well as the importance of teaching funds, which are crucial in exposing students to a wide range of cases. Colvard believes it will encourage students to explore different modalities when treating future patients of their own.

“We want to be the Silicon Valley of livestock health and agriculture production,” says Andres Perez, DVM, PhD, professor in the Department of Veterinary Population Medicine and director of the College’s Center for Animal Health and Food Safety (CAHFS). CAHFS was designed to operate within Minnesota and the US but eventually expanded to work more globally. Perez, through his roles as Endowed Chair of Global Animal Health and Food Safety and director of CAHFS, has been continuing to broaden the Center’s focus.

Today, CAHFS works with 20 partner countries to improve veterinary public health worldwide. Minnesota’s agriculture-based economy makes it a valuable consultant—CAHFS is one of five centers designated by the World Organization for Animal Health to build capacity for veterinary services around the globe. Effective epidemiology has become increasingly vital as many developing countries shape their economies around agriculture.

While government funding and private donations have helped CAHFS increase its outreach opportunities, international research is largely financed by client countries. The approach reflects a broader goal of sustainability—one that most aid-based strategies lack. Long-term solutions, Perez says, must rely on education and capacity building. “Rather than giving them some fish, we are trying to help these countries learn how to fish.”

The Center’s largest international grant is from Chile, where CAHFS helped launch an aquatic epidemiology project in March. The project aims to help salmon farms manage Salmonid Rickettsial Septicaemia (SRS), a crippling disease only minimally responsive to current vaccines and which is responsible for most antimicrobial use in Chile’s food animal systems. As the second-largest producer of salmon in the world, Chile’s economy depends on healthy fish. CAHFS members are developing system models for SRS management that are both efficacious and accessible. One recent workshop, led in part by Alex Primus, collected feedback from local industry members to further improve the system model.

CAHFS is implementing veterinary medicine on a macro scale, impacting trade and global economies. As for becoming an agricultural Silicon Valley? “You cannot do that just within your boundaries,” says Perez. “You have to go outside your borders and expand your knowledge base.” A practice CAHFS knows quite a bit about. 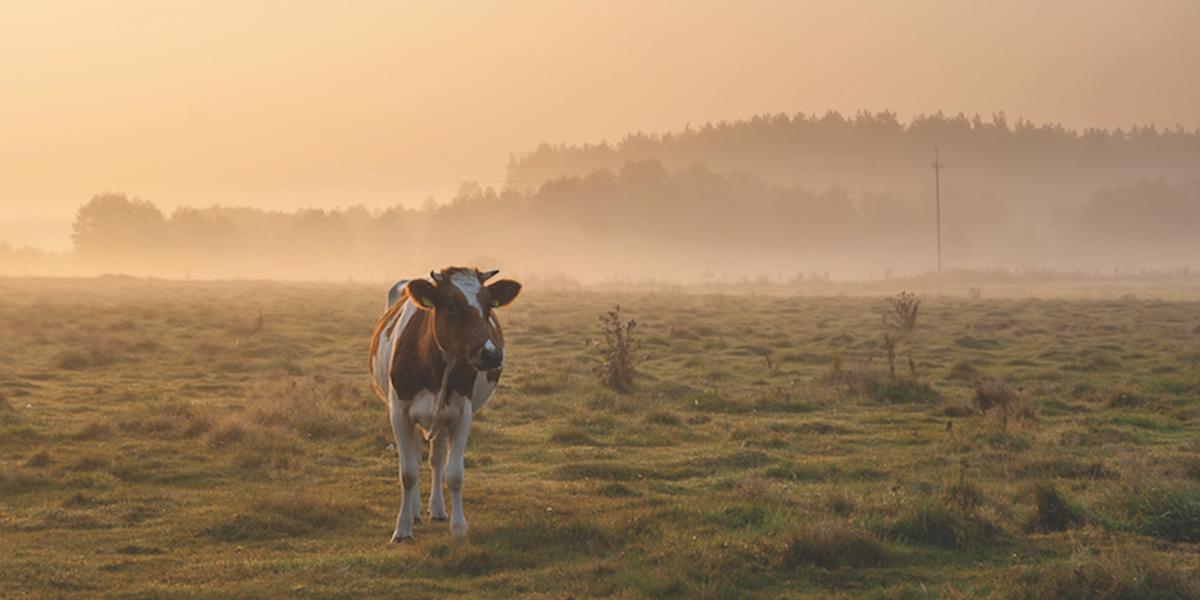 “It’s all just having the confidence that, if you’re a veterinarian, you know health.” Jessica Fox offers these words of encouragement to practitioners who may feel thrown off by aquatic patients. But the same message can be applied across the entire spectrum of animal health—whether dissecting diseases at the genetic level, crossing the globe to shape the world economy, or something else entirely. Veterinary medicine is presenting more opportunities for innovation than ever before. Stepping over the clinical threshold and recognizing those opportunities is just the first step in pioneering unexplored territories of the future.