What if veterinary researchers could help dairy producers decrease their antibiotic use by roughly 18 percent, all while improving animal welfare? This fall, a team at the University of Minnesota College of Veterinary Medicine (CVM) is rolling out a program, four years in the making, that could accomplish just that.

“Dairy cows calve, milk for about 10 months, and during that milking period, get pregnant again,” explains Sandra Godden, DVM, DVSc, professor in the CVM’s Department of Veterinary Population Medicine. “We then give them a two-month ‘holiday’ when they are not milked before they calve again.” This “dry period” allows the udder to prepare for the next lactation. During that time, cows are at risk of getting a new mammary gland infection. They can also dry-off with a subclinical infection that veterinarians and producers didn’t previously know about. These infections are called dry cow mastitis.

Over the last few decades, the dairy industry has controlled mastitis by treating all cows at dry-off with long-acting antibiotics. This practice, called blanket dry cow therapy (BDCT), cures pre-existing subclinical infections and prevents new infections from emerging during the dry period.

However, as the decades have passed and disease prevalence has declined among dairy cows, BDCT is no longer necessary for many herds. Teat sealants, a thick paste with no medical properties, often replace antibiotics to protect a cow’s gland from new infections. “We have also developed convenient rapid tests that can be used on-farm to differentiate infected cows from uninfected cows,” Godden says.  “Now that we have those tests, and we’ve got a relatively low prevalence, we can start to make selective antibiotic treatment decisions in low prevalence herds.”

Now that we have those tests, and we’ve got a relatively low prevalence, we can start to make selective antibiotic treatment decisions

Are your herds eligible?

The Minnesota Dairy Herd Information Association (MN DHIA) can provide a selective dry cow therapy report to eligible herds. The report will include cows to dry off in the next 45 days. It will identify whether each cow likely to be uninfected, and therefore a good candidate to treat with internal teat sealant alone. The producer will be responsible for checking the candidate cows for a history of clinical mastitis, which would make the cows better suited for treatment with both antibiotic and internal teat sealant.

For the past few years, a team of CVM researchers, including Godden, Erin Royster, DVM, MS, and Sam Rowe, MVM, PhD, have been collaborating with the University of Minnesota Extension, Dairy Herd Information Association (DHIA), and the CVM’s Veterinary Diagnostic Laboratory (VDL) to develop a program that selects cows for dry cow therapy. The approach helps producers avoid using — and spending money on — as many antibiotics while also sparing cows from unnecessary antimicrobial exposure. Recently, this selective dry cow therapy (SDCT) program culminated in a multi-herd, multi-state USDA-funded study that proved this approach was equally effective in reducing dry cow mastitis as BDCT, while reducing antibiotic use at dry-off by an average of 55% in study herds.

Godden and the team are rolling SDCT out to the industry with help from the Minnesota Dairy Herd Information Association (MN DHIA), a private service that offers milk recording and testing to farmers, and University of Minnesota Extension educator Joe Armstrong, DVM. Producers that routinely test with the MN DHIA, or have access to similar data, can get a selective dry cow therapy report and use an algorithm-guided method to categorize their cows. Meanwhile, herds without access to reliable records can use a rapid milk culture system, born out of a collaboration between the CVM’s Veterinary Diagnostic Laboratory and the dairy research team.

While both the culture-guided and the algorithm-guided SDCT programs yield a positive net return for the average herd, the algorithm-guided approach can ultimately save producers more money, since the data may already be a sunk cost from prior testing with the MN DHIA. However, according to a large study led by Rowe and published earlier this year, the two approaches are equally effective in reducing antibiotic use and maintaining cow health and performance outcomes. 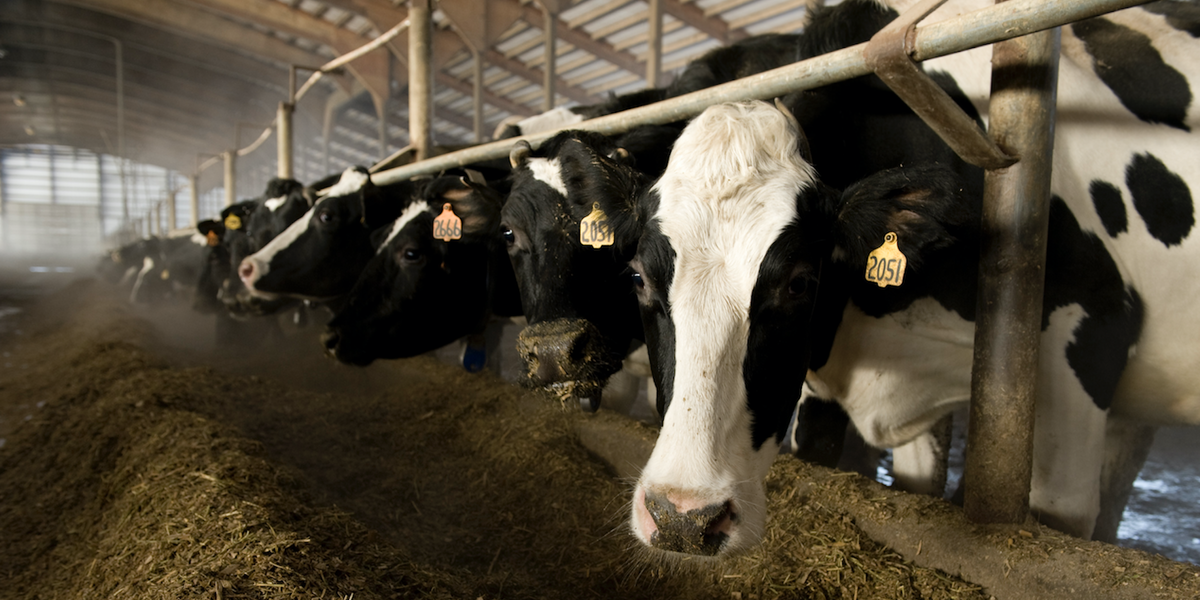 While a handful of other states rolling out a similar program at the same time, Godden says this work is an area of emphasis for the U of M. In 2016, Minnesota ranked sixth in the number of dairy cows and eighth in milk production in the nation, according to the Minnesota Department of Agriculture. This spring, the team estimated that 59 percent of Minnesota’s dairy herds met the SDCT program’s herd inclusion criteria, meaning those producers could consider adopting SDCT. Within these herds, an estimated 10,043 cows were eligible to avoid being treated with antibiotics at dry-off in April and May alone.

If all of the eligible herds here in Minnesota adopted the program, that would be a huge reduction in antibiotic use.

And while a lot of variables go into the true economic return on that kind of reduction, the researchers have found that the average cost savings for producers employing the SDCT was $2.13 per cow dried off with the culture-guided system and $7.83 per cow dried off with the algorithm method. If a single herd of 1,000 cows was tested through the algorithm method, that’s nearly $8,000 saved in just one year.

“The actual cost savings will vary from herd to herd depending on a variety of factors,” says Godden, “including the prevalence of infection at dry-off, since less infection equates to more drug expenses saved, and the cost of the drugs used in that herd, since there are different products at different price points.” Either way, these two approaches help dairy farmers pocket some significant savings.

Give to this work

If you are interested in supporting research projects that benefit dairy herds in Minnesota and beyond, consider giving to the Department of Veterinary Population Medicine at the CVM today!

Give now or contact Mindy Means, development officer at the College of Veterinary Medicine, at mkmeans@umn.edu or 612-626-5482.