Bobwealth Omontese was part of a team that recently conducted research on the relationship between hoof lesions, behavior, productivity, and fertility in Jersey dairy cows at the John Fetrow Dairy Education Center in St. Peter, Minn. “One of the drivers of the research was that the literature about the relationship between lameness and reproduction focused on the symptoms of lameness, not the cause,” says Omontese. “Since different hoof lesions are responsible for lameness, the way and manner these diseases affect reproduction might be different, too.”

Up to 30 percent of dairy cows can be affected by lameness in dairy herds, which is a substantial economic and animal welfare hurdle in the dairy industry. During lameness, cows give less milk, have a pain response due to inflammatory processes in their feet, take longer to become pregnant, and are more likely to be culled. As a result, lameness is costly for the dairy industry. The majority of lameness is usually found in a cow’s back feet. 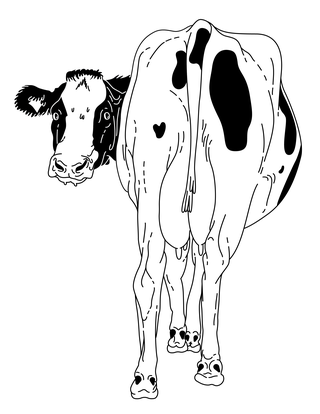 “Our hypothesis was that cows with hoof problems would have reduced ovarian cyclicity and pregnancy,” says Omontese, DVM, PhD, a postdoctoral associate in the Department of Veterinary Population Medicine, who tested roughly 1,600 Jersey cows for the research. At the start of the project, all cows were evaluated for hoof lesions. His team then performed an ultrasound of the ovaries at both 27 and 41 days after calving. One hundred days later, the team looked again to see if the cows had developed new hoof lesions. His findings proved interesting: cows that had hoof problems at the start of the project took longer to become cyclic and pregnant. This is likely due to the fact that the cows with hoof lesions were spending energy trying to heal and make milk, which can impact ovarian dynamics and keep the cells in their ovaries from performing normally.

In addition to looking at reproduction as part of his study, Omontese monitored cow movement with pedometers that were strapped to each healthy cow’s leg to track when and how often they were lying down. Omontese and his team found that cows that developed hoof lesions had lower lying times right from the start of the project compared to cows that were healthy at the start of the project. This indicated that the process that causes hoof lesions starts before external signs are visible.

“Our study also revealed that the cows that developed new hoof problems produced more milk at first compared to cows that stayed healthy,” Omontese says. Then, those cows' milk production dropped below a healthy amount. “We concluded that the process that causes lesions starts in the period around calving. We also saw that early hoof lesion detection and practices that reduce chronic cases will improve the reproductive performance and productivity of dairy cows.” 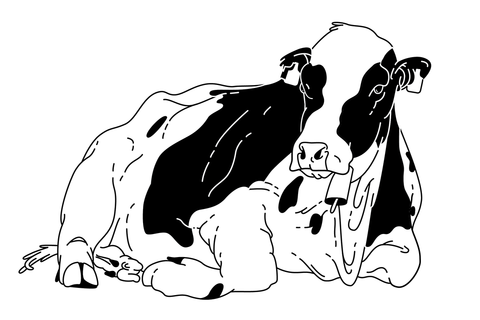 So what’s next for this dairy cow research? According to Omontese, doing this study on other farms with different animals and management styles would improve the validity of this study. Although cows that stand longer are more likely to become lame, they could be standing up more for other reasons. Researchers plan to investigate why cows stand for longer when they are experiencing discomfort and what is going on inside of their hooves at that time.