A minimally responsive great horned owl was found in a South Minneapolis backyard and arrived at The Raptor Center (TRC) in August. Upon examination, Annette Ahlmann, DVM, MS student, discovered that the bird was severely anemic. “We elected to give the patient a blood transfusion,” she says. The care team also gave the owl supplemental oxygen therapy.

But the team couldn’t find a wound responsible for the bleeding, so they suspected his critical condition was likely the result of internal trauma. The owl, who Ahlmann estimates was barely alive upon arrival in the clinic, made a turnaround thanks to one of TRC’s new syringe pumps, which supplied the patient with a carefully measured blood transfusion to start rehabilitation. Within a few hours, the bird appeared more alert.

TRC’s new fluid pump and syringe pumps help automate the desired administration rate of fluids, medications, or blood transfusions over a specified length of time. The two new syringe pumps and fluid pump arrived at TRC in June and were made possible by generous gifts from two donors.

If you are interested in supporting the purchase of a second oxygen concentrator, contact Ellen Orndorf, TRC’s development officer, at eorndorf@umn.edu or 612-624-8457.

TRC has already used the pumps for a couple of blood transfusions as well as to deliver intravenous fluids during surgery. In the past, TRC's expert staff has had to give blood transfusions by hand. Now, they can deliver precision medicine to their patients while also achieving a higher level of animal welfare, as they can place the birds in an oxygen cage or a quiet, calm place while they are undergoing treatment with a syringe or fluid pump.

Traditionally, veterinarians had to measure how much fluid was in a single drop in an IV set and counted how many drops fell in a second to get an estimated rate of how fast fluids were being delivered. With the new fluid pumps, fluids and medications can be delivered safely and precisely—if the IV catheter or fluid line gets blocked, or there is air in the fluid line, the pump sends out an alert.

One of the donors that made acquiring this equipment possible, Miki Cook, says, “I have volunteered in the clinic for more than 40 years and have seen the many needs they have firsthand. I don't necessarily have a lot of extra money, but I felt really strongly about this cause, so I decided to do what I could to make this happen. I have already seen the impact this new equipment has had on our patients and it makes me all the more excited to volunteer each week."

Raptors that have recently experienced head or respiratory trauma benefit immensely from supplemental oxygen therapy, provided by oxygen concentrators. This summer, TRC veterinarians treated several birds each month that required oxygen therapy and, in some instances, there were two or three birds in TRC’s care that needed oxygen treatment at the same time. However, the center currently has only one oxygen concentrator.

Recently, an adult osprey came into the clinic with severe internal trauma. “This patient was bleeding into the lungs,” says Staff Veterinarian Dana Franzen-Klein, DVM, MS. “Without oxygen support its mucous membranes were turning blue instead of a normal, healthy pink color. So, we placed the bird in an incubator with an oxygen concentrator for a few days along with additional medical treatment until it could breathe more comfortably. If we didn’t have the ability to give oxygen, the bird probably would not have survived.”

The owl patient received a blood transfusion as well as supplemental oxygen therapy in one of TRC's incubators. 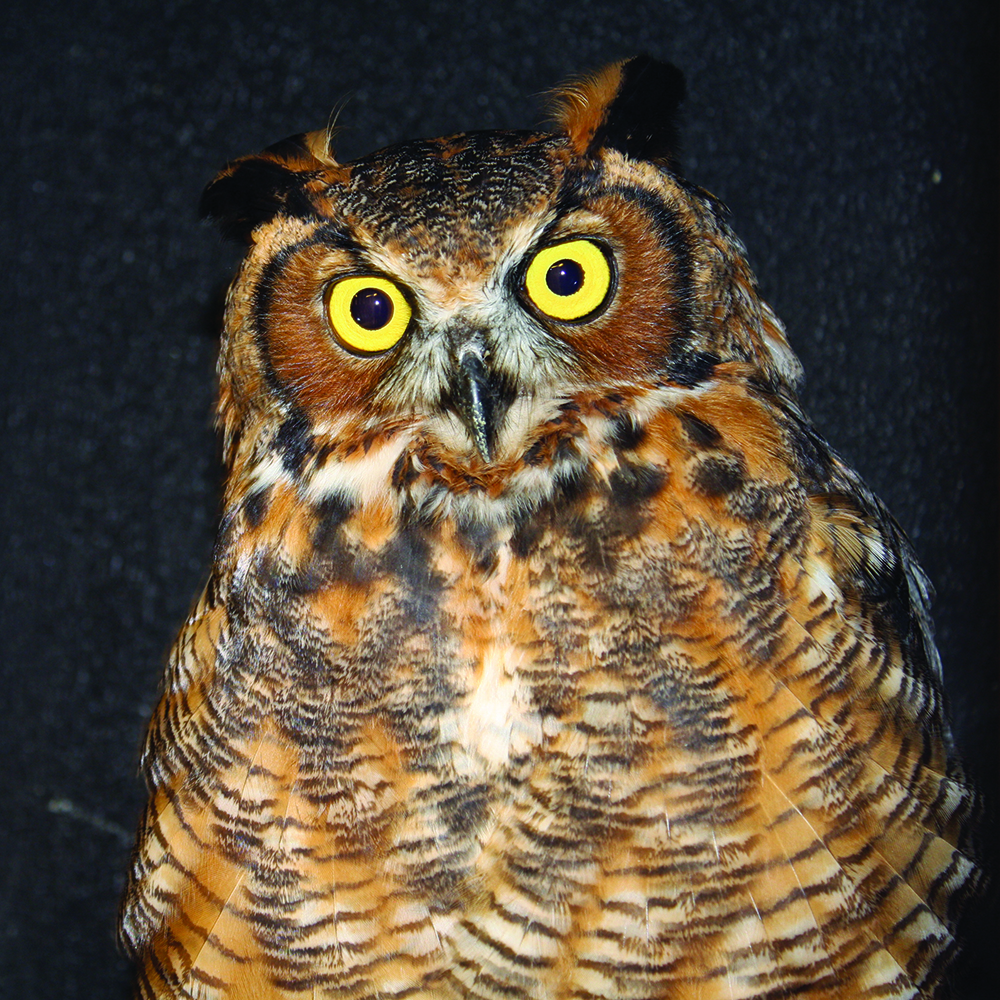 A few hours after the owl's blood transfusion, the bird showed signs of being more alert.